Besides a short run and yoga class, I've taken the last week and a half off to let myself recover properly post marathon.  I am already anxious to get back running.  Despite my lack of sweat; I do have some random updates to share.

I am participating in the Zooma photo a day challenge via Instagram.  Each day has a different theme and they are giving out a pair of Altra running shoes every Friday. I've missed the past two days due to work travel distractions but I'll be back with a vengeance for today's hydrate theme.  Nuun anyone? 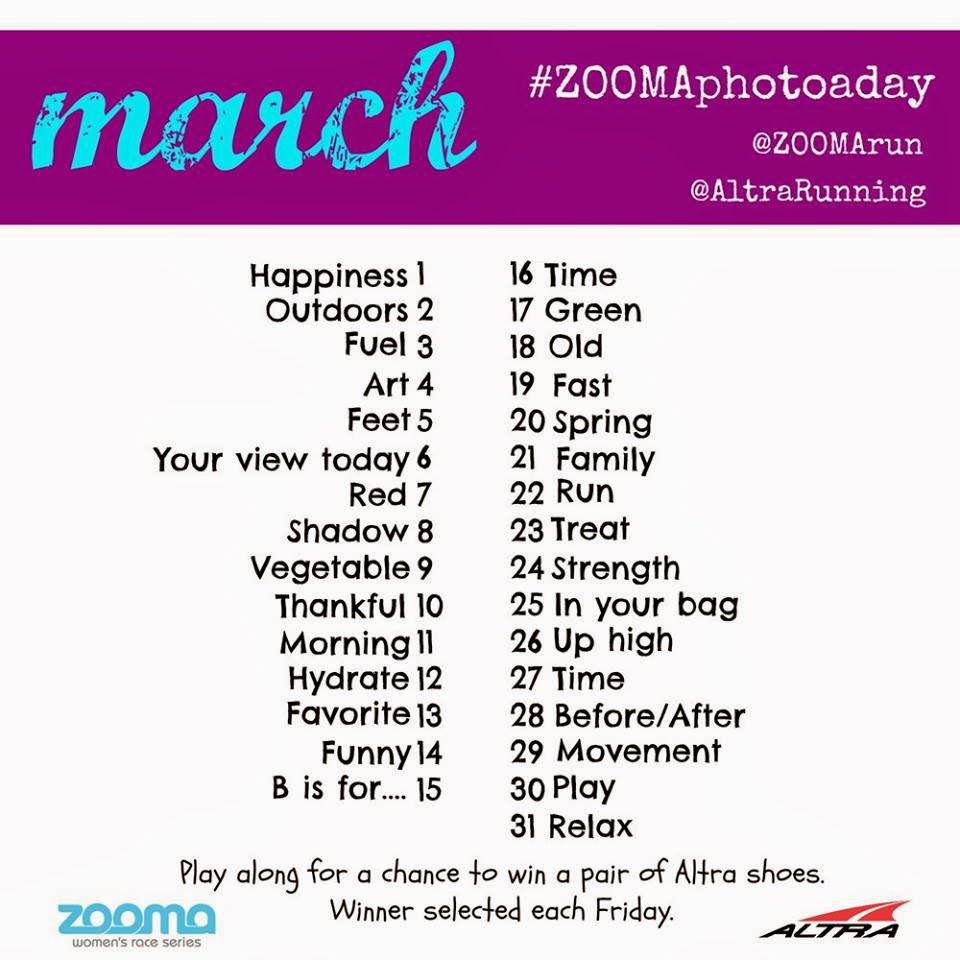 Speaking of Nuun; they are being pretty awesome lately.  New product launch - Nuun Energy.  I bought the sampler pack and will be reporting back soon but considering I love Nuun and caffeine, it's sure to impress.  Also, they are giving away a team entry to (the sold out) Hood To Coast 2014.  It's no secret that I love me some HTC, we're going on year 7.  The downside is it's a pain in the ass to get into and it's expensive, so Nuun has solved that.  Details are here and you have to enter by Monday March, 17th.

I finally got a new pair of running shoes yesterday. Sticking of course with my one true love/worlds best running shoe, the Brooks Launch.  My old pair were about 300 miles past their prime and about 200 days bast their ripeness.  They got me through three Sub- 2 Hour half-marathons, a half marathon PR and a marathon PR.  Launch purple/silver ya done good. It's the end of an era but it's time to move on to the caribbean/silver/coral (aka the only color they currently have in my size).

While I was purchasing these bad boys, I saw on the Brooks blog that they are requesting race medals which they are going to build a massive runner shaped statue out of at their new building in Seattle.  Details are here on how you can become part of Brooks history.  I've already sent my Mountains To Beach medal in.  And when I say "my" I mean MFR's since he also did that race and I can't part with any of my hard earned medals so I used his "duplicate."  He'll never even notice.

Although I've been laying low on the workouts, I have been following along with the Lorna Jane March Ab Challenge.  It only takes me a few minutes each morning and I can already feel a difference. 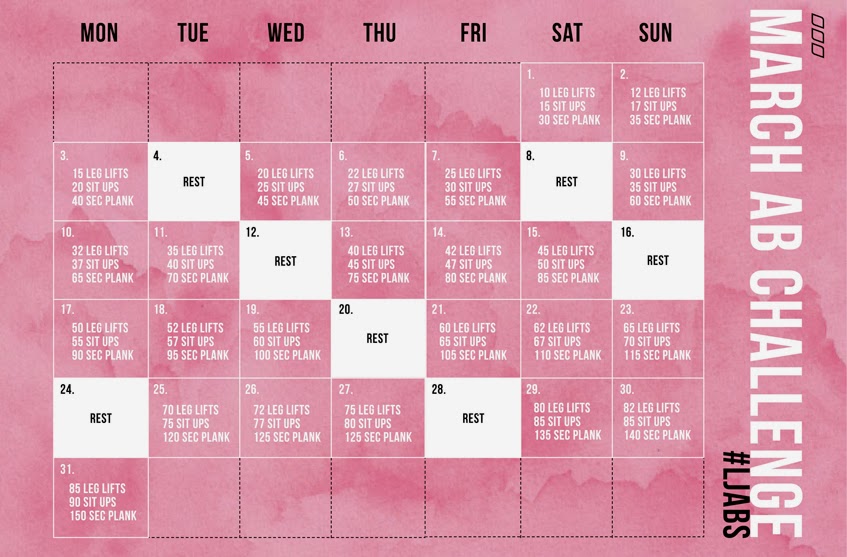 Not stellar but it was enough for a marathon PR so I'll take it.